February 10, 2013
For our first walk of the new year we chose a 5 mile circular ramble through the Cheshire countryside around Bollington. The weather forecast was for very wet and severe weather but in spite of this four of our members gathered on Saturday morning determined to walk whatever the conditions,

The walk started beneath the viaduct in Bollington and after a short scramble from the car park to reach the Middlewood Way we were soon striding out on our route. We followed the old railway track for about a mile and a half meeting along the way a shetland pony out for a walk with it's owner and best friend - a Jack Russel dog, who provided the entertainment by leaping onto the horse's back!

The next part of the walk was across the open fields  and we had to tackle a very muddy field and rising ground which led to a tarmac road which we followed for only a very short way before turning off to cross more fields and woodland. By the time we reached Styperson Pool it was coffee time and we took the opportunity to watch the ducks and swans on the reservoir.

After coffee it was back to more mud and this time the going became 'heavy' for a short time until we  reached higher ground past an old quarry. It was here we rejoined the road to Bollington and the high point of the ramble where we were able to enjoy wintry views across the Cheshire Plain.

The route  soon returned to open fields and as we descended towards the canal we encountered yet more mud, especially in the gullies. We pressed on undaunted and  were rewarded on one stretch of the path by the sight of the first snowdrops of spring which were just about to bloom.

By this time we had reached the Macclesfield Canal and the next section was along the towpath towards Bollington. For the time of year there was plenty of traffic on the canal and we also passed under a 'skew' bridge a monument to Victorian engineering and ingenuity. We were now back in Bollington where we left the canal and returned to out start point via a short walk through the local recreation ground.

Afterwards we adjourned to the Vale Inn where we enjoyed an excellent pub lunch washed down with real ale from the local brewery across the road. 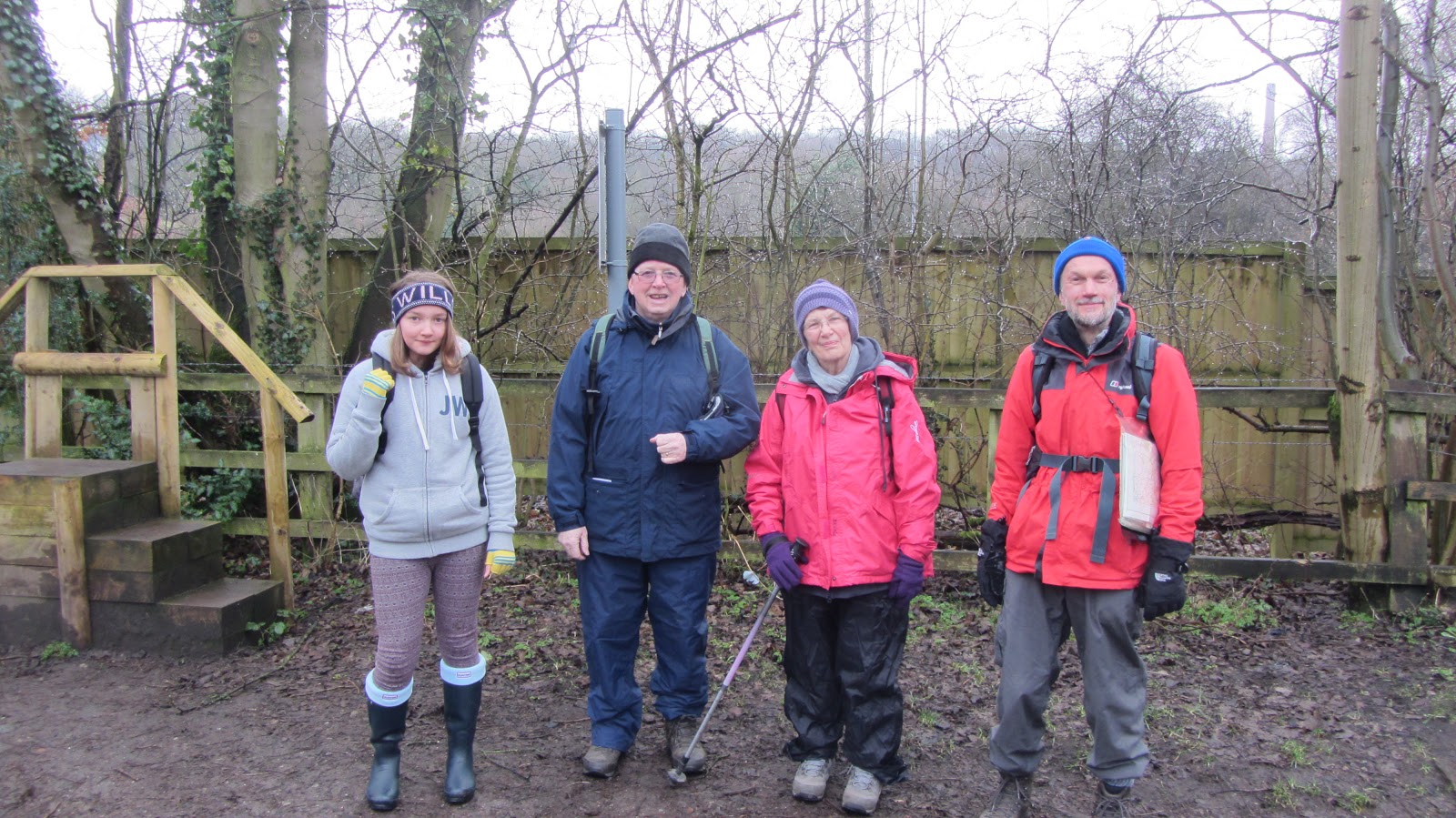 At the start on the Middlewood Way 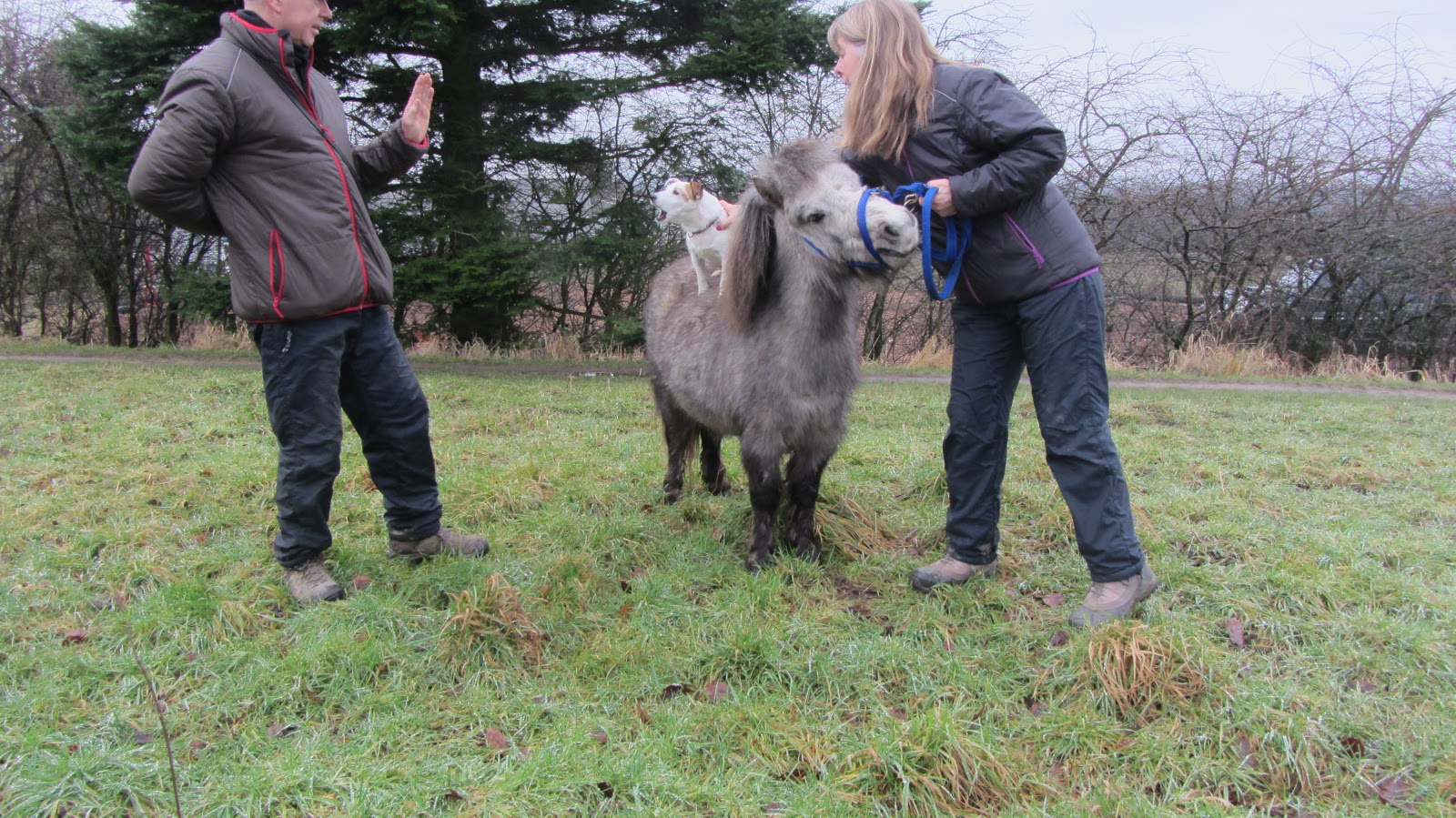 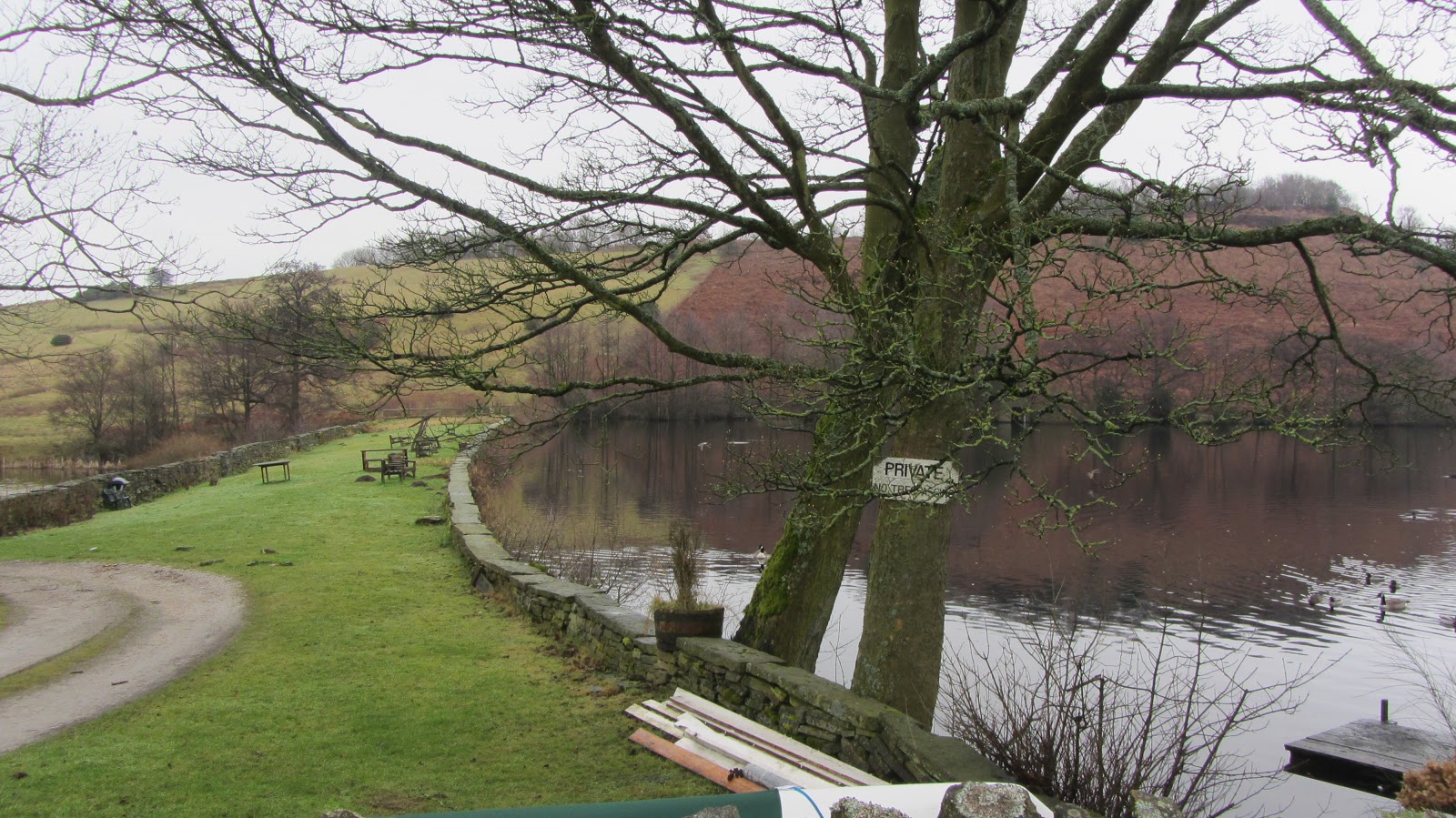 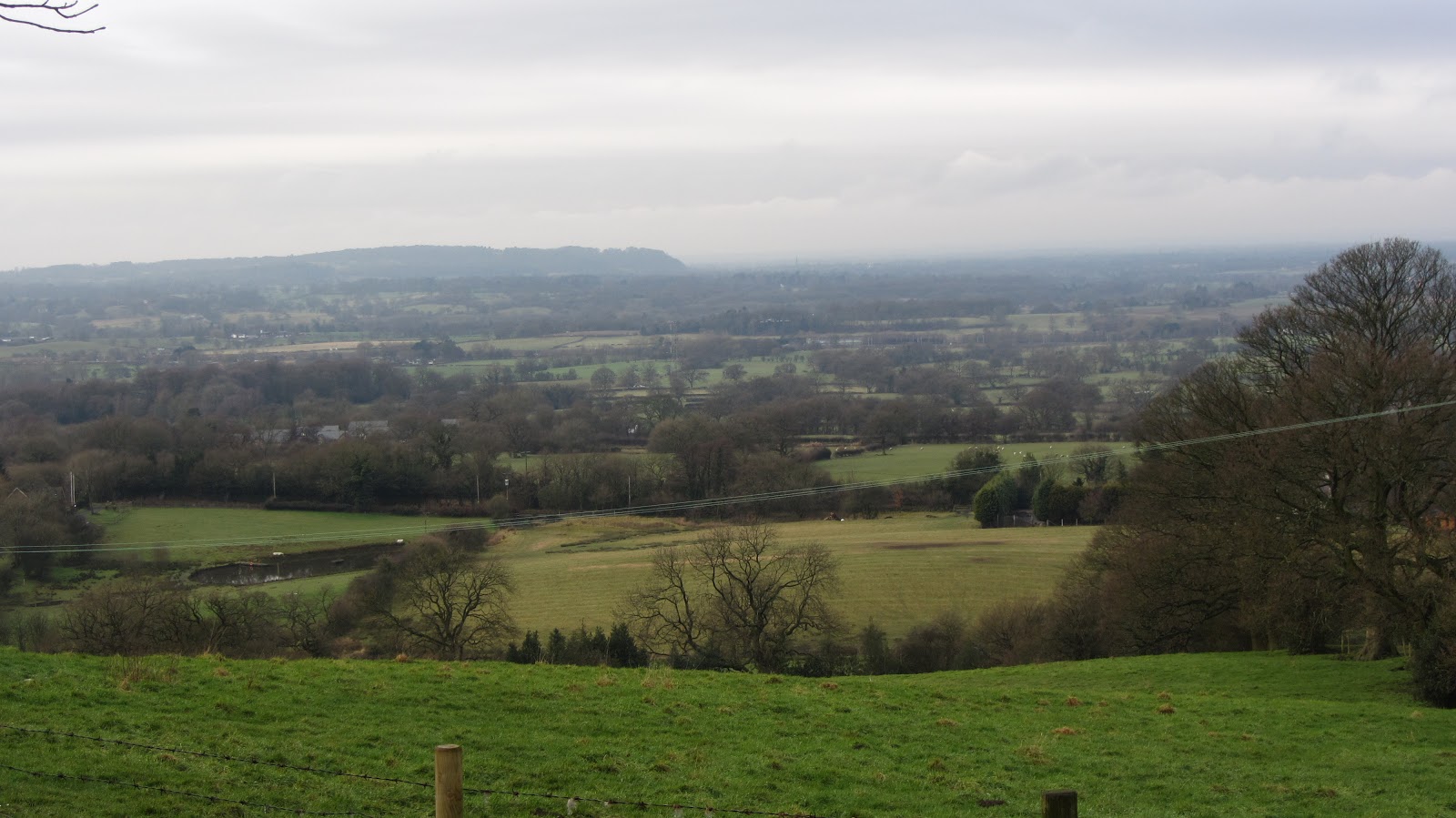 View of the Cheshire Plain in winter 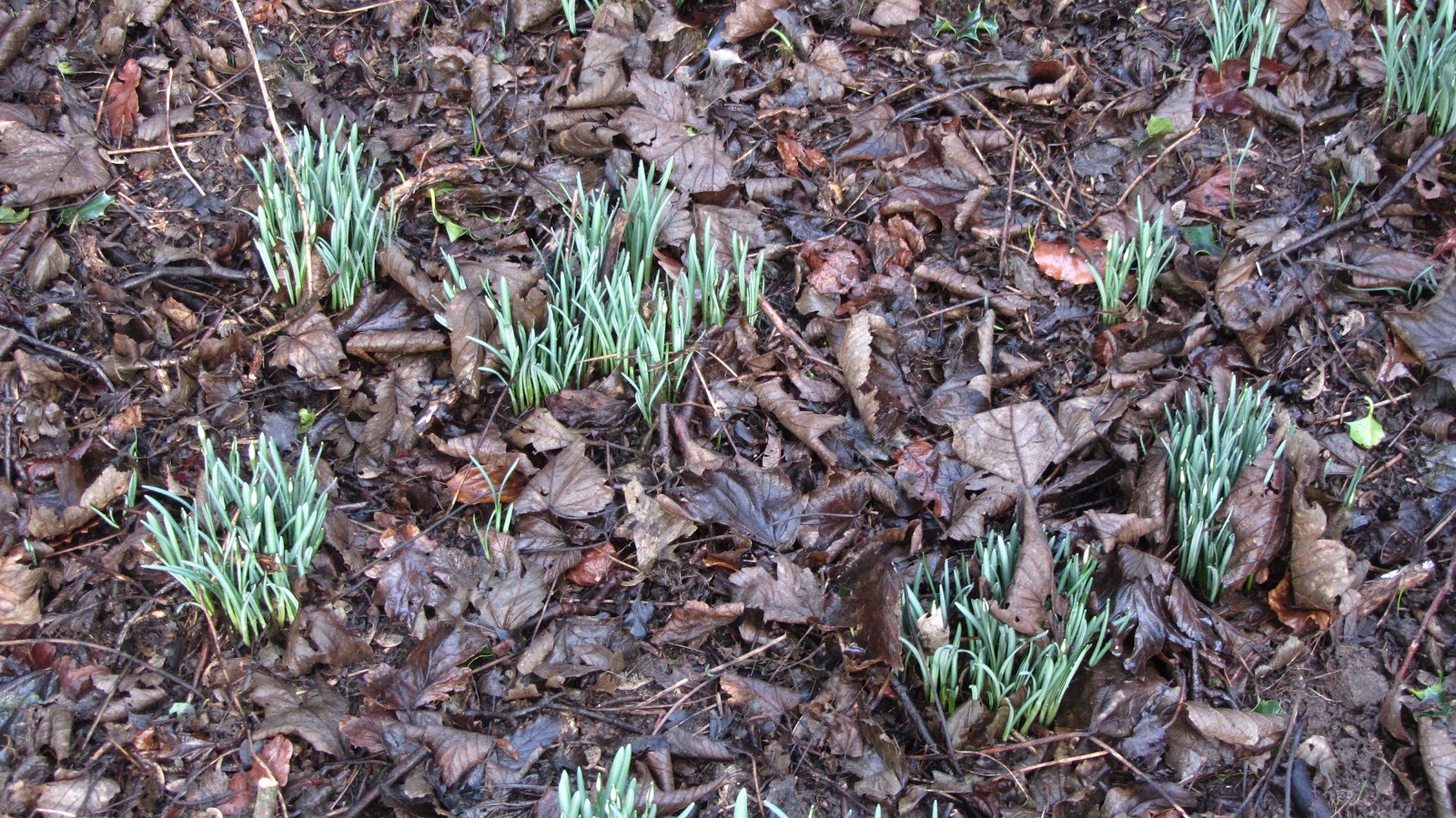 The first snowdrops of spring. 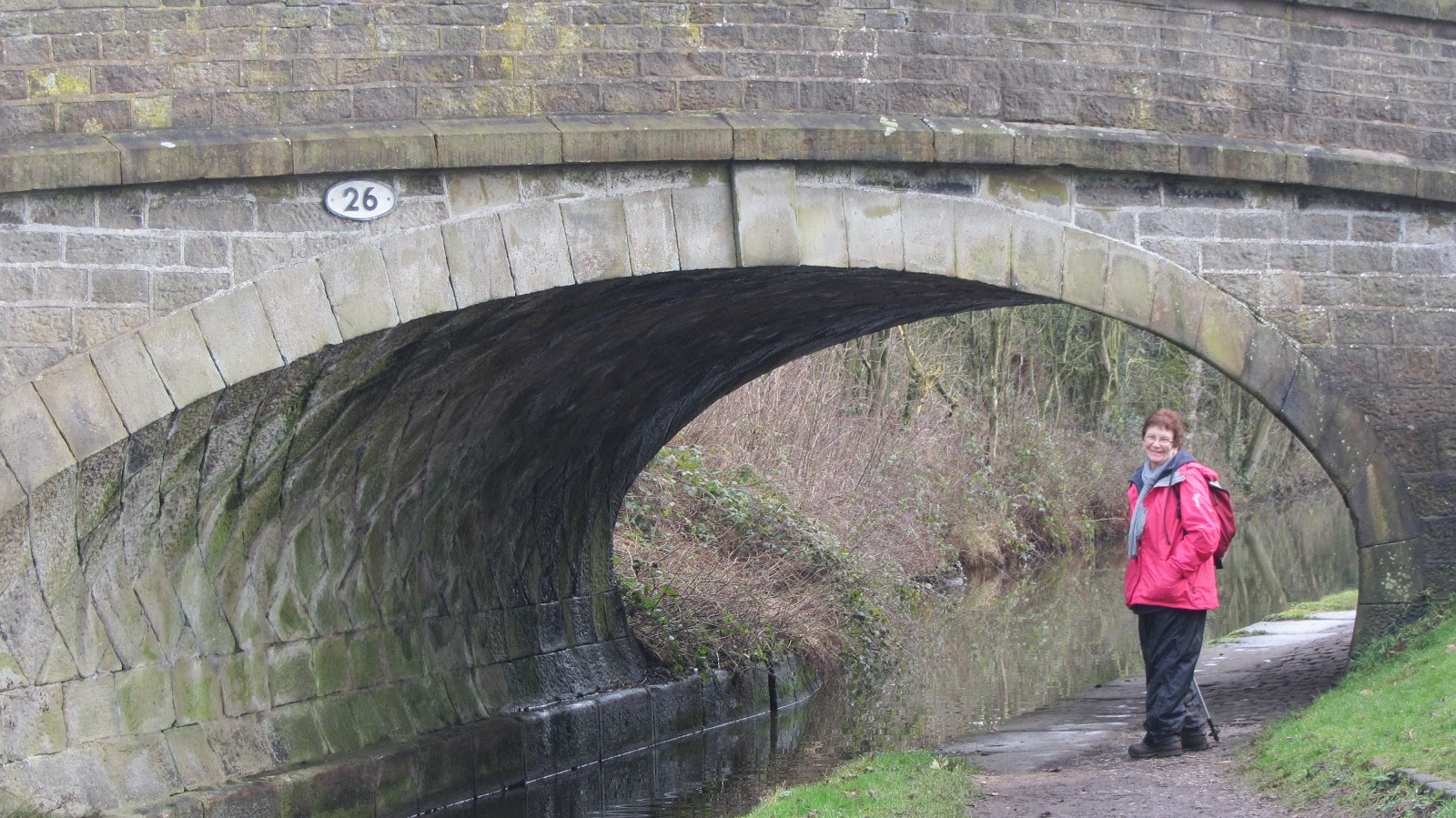